This software extension is licensed to you by a third party, WHICH IS NOT A SIEMENS AFFILIATE, under separate license terms that are specified in the relevant “read me” files, notice files, license text files or other such documents or files included in the downloaded extension software files.
SIEMENS MAKES AND CUSTOMER RECEIVES NO EXPRESS WARRANTIES. ANY STATEMENTS OR REPRESENTATIONS ABOUT THE SOFTWARE AND ITS FUNCTIONALITY IN ANY COMMUNICATION WITH YOU CONSTITUTE TECHNICAL INFORMATION AND NOT AN EXPRESS WARRANTY OR GUARANTEE. ANY EXPRESS WARRANTIES SPECIFIED IN THE APPLICABLE SOFTWARE LICENSE ARE PROVIDED BY THE THIRD PARTY INTELLECTUAL PROPERTY OWNER OF THE SOFTWARE AND NEITHER SIEMENS NOR ANY OF ITS AFFILIATES ARE RESPONSIBLE OR LIABLE FOR SUCH WARRANTIES. IN ADDITION, SIEMENS SPECIFICALLY DISCLAIMS ANY OTHER WARRANTY INCLUDING, WITHOUT LIMITATION, THE IMPLIED WARRANTIES OF MERCHANTABILITY AND FITNESS FOR A PARTICULAR PURPOSE. WITHOUT LIMITING THE FOREGOING, SIEMENS DOES NOT WARRANT THAT THE OPERATION OF THE SOFTWARE WILL BE UNINTERRUPTED OR ERROR FREE.
In addition please note that this extension is not eligible for support services and that consequently any current maintenance and support services you may have purchased (if any) in connection to your Polarion ALM software will not cover this software extension.
By clicking the “Download” button below , you signify that you have read the above statement and that you agree to these principles. If you do not agree, please click the “X” button located in the top right corner of this window and do not download this extension as you will not be entitled to copy, access or use it.

PJ Connector allows you to integrate Jenkins/Hudson and Polarion. 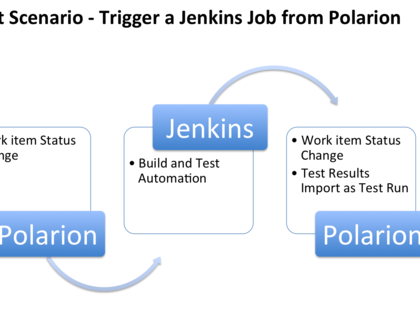 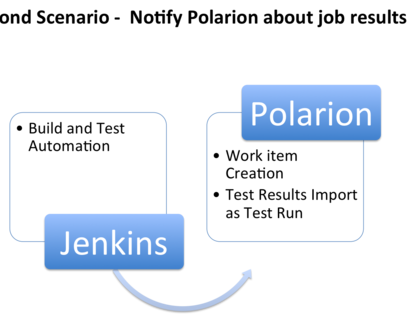 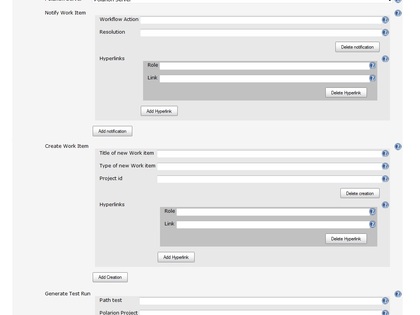 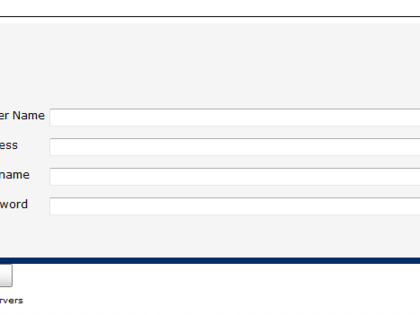 Jenkins is often used for continous integration, but you can integrate your build automation tool with Polarion without also doing CI.

In this scenario the Jenkins job is triggered by a workflow function provided by PJ.

The PJ plugin has the function to notify the calling workitem after the Jenkins job execution: the status of the workitem will be changed and its hyperlinks will be set in order to link the generated artifacts and reports.

PJ can additionally import the automated test results as a Polarion Test Run.

In this scenario the job is triggered by Jenkins itself in continuous integration or directly by a Jenkins user in the browser.

In both cases PJ can be used to create a new Polarion workitem and set its hyperlinks to link the generated artifacts and reports.

PJ can additionally import the automated tests results as a Polarion Test Run.